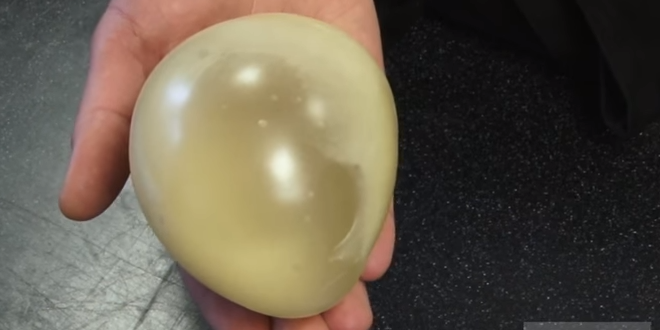 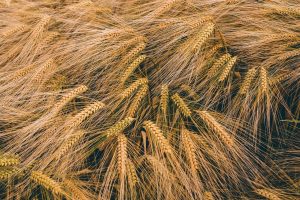 Wheat was domesticated as early as 10,000 years ago in the so-called Fertile Crescent region, in an area that’s now part of Turkey.

It was a primitive variety known as einkorn, which had a genetic structure with less than 25 chromosomes, much simpler than modern wheat’s 42-chromosome structure.

Only in the past 50 years or so, has gene sequencing begun to play a prominent role in wheat breeding. Using the science of applied plant breeding and genomic technologies, agricultural labs have designed wheat with higher yields, shorter stalks, higher protein and higher gluten. 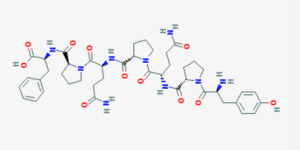 Gluten is a general name for the proteins (glutenin and gliadin) found mainly in wheat, rye, barley, spelt, kamut, and triticale. Gluten helps foods maintain their shape, acting as a glue that holds food together. Gluten can be found in many types of foods, even ones that would not be expected. 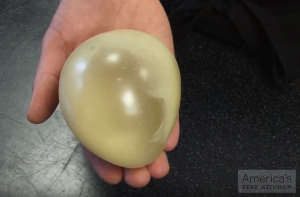 HAVE YOU EVER SEEN GLUTEN??

Here is a video by America’s Test Kitchen which clearly shows the elastic strength of this rubbery substance.The video also shows a simple way to separate gluten from wheat bread flour.

DOES GLUTEN SEEM EASILY DIGESTIBLE TO YOU?

While attending college in Washington State University located in Pullman, Washington, I used to hike through the surrounding rolling wheat fields of the Palouse. It is like a beautiful golden ocean during harvest season. Most of these fields are planted with the high protein, high gluten durum wheat strain, bred by WSU researchers.

While hiking, I would pull a handful of wheat seeds right of the stalks, pop ’em in my mouth and chew it up. The resulting hard ball of gluten gum that remained, I always spit out -probably from the conditioning of my mom.I can still hear her say, “Don’t swallow your gum or it will clog up your tummy.” The acids in my mouth never seemed to have much effect on the gluten gum balls.

If you are curious, you should give it try yourself and maybe ponder what happens when you eat large quantities of today’s version of wheat.

To purchase Flour Farm Organic Gluten Free Flour Blend, click on the link below. Fifty percent of the profits are donated to our local food bank, 2nd Harvest. You will be taken directly to Amazon. We do not save any of your information. Thank you and share the love!

This site uses Akismet to reduce spam. Learn how your comment data is processed.

An important note: Recipes successfully uses Flour Farm Organic Gluten Free Flour Blend. This blend is found online at Amazon.com or in a few local grocery stores. If you are unable to locate it please send us a message, and our team will get it out to you. If you choose to make this with another flour blend, please note that your results may differ.